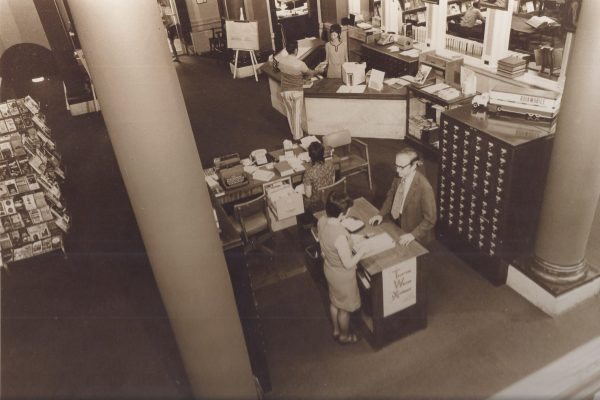 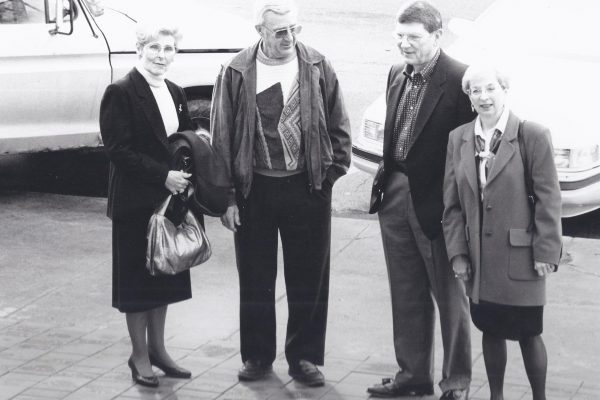 With a $2 million budget and an 18-month estimated time frame, project manager Jim Abraham set to work on restoring the 1905 Carnegie building. The beloved structure had sat empty for nine years, so the first step was to analyze what could be used or repurposed and to replace damaged interior spaces. Mr. Abraham’s experience restoring the historic Paramount Theatre Center and Ballroom a few years earlier served him well in preparation for this project.

On the lower level, some 6,000 square feet of space was developed into staff offices, a children’s interactive gallery, classroom space, kitchen, and storage area. By cutting through 16 inch stonewalls, the project team was able to create new doorways and an additional entry area. A beautiful old oak desk, which had once served as the check-out desk on the first floor, was saved and used in this new area.

A goal of the main level was to replicate the original appearance and to do this major plaster restoration was necessary. Nearly 20 different molds were cast by a 5th generation master plasterer from Maines Plastering Company to replace the missing and damaged plaster trims and moldings. One-fourth of all the trim around the stained glass dome has to be replaced because of water damage. Water damage affected the building from the roof to the basement. Government officials for the City of Anderson believed in the importance of the project and supported the cost of the repair of the roof and for a new glass dome to cover and protect the art glass dome. Moss Glass donated their expertise in removing and repairing the 30-foot diameter dome.

The rotunda floor is made of original unglazed ceramic tile and a lengthy search paid off when the project team was able to locate a company with tiles that could be used to replace damaged areas of the floor.

During its 80+ years of use, four layers of paint have been applied to the walls. Once stripped, workers found gold leafing and a vibrant color scheme. All of the golden/tiger eye wood trim, found throughout the upper floor, was stripped by hand and a new clear finish applied. The original hardwood floors seen in the Guilkey and Redbud Galleries were sanded and refinished.

The massive columns in the rotunda appear to be marble, but they are not. They were created through a process called scagliola. This is an Italian decorative finish that imitates marble by grinding plaster, glue, coloring, and marble and granite chips together and then allowing the ingredients to dry. During the 1970s, someone covered the columns with blue vinyl wallpaper, which ultimately saved the columns from being destroyed by water damage.

The north portion of the first floor once held shelves upon shelves of books. A rewarding aspect of the project was when architects were able to develop plans for a room that would look as if it were a part of the original building. Installed in this area, which is now called the Grande Room, were new walls, floor coverings, ceiling, columns, beams, trims, and windows. With a kitchenette, large open area, a back entrance, elevator, storage space and restrooms, The Anderson Center for the Arts is able to host special events, weddings, meetings, open houses, and other functions. During restoration, the building also received new heating, air conditioning, electrical, and plumbing systems.

The building is on the National Register of Historic Places and is the pride and jewel of the community. Citizens pulled together to raise funds to restore this New-Classical building with the statement “Open to All” above its doorway. Andrew Carnegie’s vision was for citizens to read and learn, and we think it fitting for people to continue learning, growing, and being inspired by the visual arts.